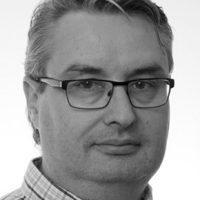 As our Genomics Virtual Laboratory expert, Simon Gladman was invited by colleagues in the UK and EU to spend time over summer on some key bioinformatics problems and to share some Australian know-how. He has already covered a lot of territory. Here he gives the first of several updates to come:

Some of the highlights included:

A number of talks focussed on the proliferation of antimicrobial resistance including an excellent one on carbapenem-resistant organisms in a hospital in Virginia and how they were living in the drains and spreading to various wards etc.

Australia was well-represented. Torsten and I gave e-poster demonstrations of our software (Nullarbor and the GVL respectively), Sarah, Susan and Deborah all gave excellent talks, Jason presented a poster and Ben was a member of the discussion panel on Day 3.

Overall, it was an excellent conference yet again. This was the 4th time I’ve attended this conference with Torsten and others from Australia. Jonathan Green – the conference convener – publicly thanked the international visitors and locals for getting the conference to be more like a movement than a collection of talks. It certainly does feel that way.

Twenty of the conference attendees, from Australia, Portugal, the UK, Sweden and elsewhere, met up at Bath University for a hackathon based around everything discussed at the conference.

I enjoyed teaching a few of the participants how to get their tools into BioConda and as a consequence of this, there are now quite a few microbial-specific tools in BioConda and also BioContainers (automatic from BioConda.) We achieved a lot just in the two days I was there. We also workshopped around the gaps in our tool ecosystem and plans for other tools were drawn up. The hackathon continued for another three days but I had to come back to Cambridge for another one.

This was a joint Elixir/Galaxy Training Network/GOBLET event to expand, compile and collect a lot of the existing Galaxy bioinformatics training material and make it generally available for use and modification.

The main outcome of the hackathon was a build system and structure for the Galaxy Training Network site and materials. I contributed a number of materials to the site including our Assembly tutorial. We also worked out a way to alter the structure to make it easier for external contributions in future.

The GVL project and Melbourne Bioinformatics has since been invited to assist the ELIXIR Node: France with their 4-day bioinformatics course in early July. The course will be run using the GVL and associated tools.

This was a workshop led by EMBL-ABR and ELIXIR: UK Node, on the GVL and its implementation in Europe. The participants were Björn Grüning (ELIXIR: German Node), Frederick Coppens (ELIXIR: Belgian Node), Dave Clements and Dannon Bakker (Galaxy project), Yasset Perez-Riverol (EBI and the Biocontainers project), Vicky Schneider (EMBL-ABR and the University of Melbourne), Gabriella Rustici (Cambridge University) and me. I presented the GVL as a cloud bioinformatics platform and solution. We discussed how we could use the GVL along with Galaxy’s CVM-FS and Biocontainers to make bioinformatics tools universally available to biologists and bioinformaticians throughout Europe. We developed a schematic of how we think it will work. EMBL-ABR, Melbourne Bioinformatics and the GVL project now have the opportunity to be a link between parts of the Galaxy project and ELIXIR to help make this a reality.

Several ELIXIR Nodes have expressed interest in getting the GVL working on their clouds so we look forward to closer collaboration with them to help achieve this.