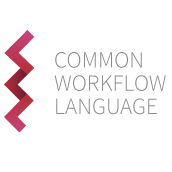 A one hour introductory talk given by Michael R. Crusoe at the University of Melbourne on Thursday 11 May, 2017. Michael R. Crusoe is one of the co-founders of the CWL project and is the CWL Community Engineer. His facilitation, technical contributions, and training on behalf of the project draw from his time as the former lead developer of C. Titus Brown's k-h-mer project, his previous career as a sysadmin and programmer, and his experiences in various Free and Open Source Software communities.

A two-hour workshop presentation on CWL by co-founder, Michael Crusoe, at the University of Melbourne on Friday 12 May, 2017. In July 2016 the CWL team released standards that enable the portable, interoperable, and executable description of command line data analysis tools and workflow made from those tools. These descriptions are enhanced by CWL's first class (but optional) support for Docker containers. The state of CWL adoption and examples of bioinformatic collaborations across many continents using CWL are reviewed here. Viewers who want to play with CWL prior to watching the presentation can go through the "Gentle Introduction to the Common Workflow Language" tutorial on any OS X or Linux machine on their own time: http://www.commonwl.org/v1.0/UserGuide.html. 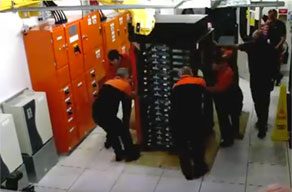 VLSCI goes to the petascale

In 2012 Victoria took delivery of one the world’s top 3 greenest supercomputers, the IBM Blue Gene/Q. It was installed and running from July 2012 - December 2016. 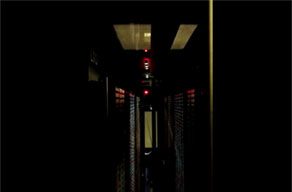