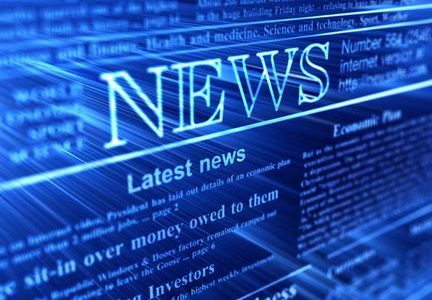 Dr Bernard Pope, our Lead Bioinformatician for Cancer and Clinical Genomics and Lecturer and Subject Coordinator, Elements of Bioinformatics, in the Masters of Science in Bioinformatics at The University of Melbourne, has just been awarded one of only three four-year Victorian Government Health and Medical Research Fellowships up to the value of $800,000.

Bernard’s project is aimed at translating genomics-driven bioinformatics into improved prevention and treatment of colorectal cancer. Australia has one of the highest rates of colorectal cancer (CRC) in the world. Survival from CRC and patient quality of life are significantly improved by early detection, treatment, and risk management. Therefore, identifying those individuals within the population who are at the highest risk of developing CRC offers the greatest potential for its prevention. The project will develop genomics-driven bioinformatics solutions to address key areas where current clinical practice can be enhanced by considering the richer evidence provided by modern genomics technologies. These new diagnostic tools will personalise risk assessment for a large group of high-risk individuals, leading to better-targeted screening and medical intervention, aimed at those who will benefit most.

I am very honoured to have been awarded this Fellowship, recognising the increasing importance of computing and analytics in health and medical research. It will allow me to focus on a significant problem that affects the lives of millions worldwide and imposes a considerable burden on our healthcare systems. Working with my collaborators, I will apply genomics-driven bioinformatics to identify people who are at the highest risk of colorectal cancer, providing better-targeted screening and medical intervention for those who will benefit most.

Director, Melbourne Bioinformatics, Assoc Prof Andrew Lonie, is extremely pleased to see Bernard win this Award: It is so important that people who are taking this challenging career track in this relatively new field of work are recognised by such an Award. We hope it inspires other exceptional computer science students to pursue careers in health and medical research because biological science is quickly transforming into a data science and demand for such skills is very high. Our team look forward to contributing our resources and expertise to help make this project a success.

After completing a national-award winning PhD in computer science in 2007, and then a research internship at Microsoft Research in Cambridge, Bernard returned to the University of Melbourne to take up a lecturing position in the Department of Computer Science and Software Engineering. In 2010 he joined the newly-formed VLSCI (now Melbourne Bioinformatics), a $100M project to build a world-leading centre for bioinformatics and computational biology. In making the transition from computer science to bioinformatics, Bernard recognised the exciting new opportunities provided by the genomics revolution in biomedicine, and was inspired to apply his computing and analytic skills to important problems in human health and disease.

During his years at Melbourne Bioinformatics, Bernard has established himself as an expert in the development of novel techniques for the analysis of large-scale genomics data sets resulting in the production of tools which have driven key discoveries in human disease, and which can be re-applied in many different biological contexts. As Lead Bioinformatician for Cancer and Clinical Genomics, heading a team of several bioinformaticians, Bernard leads several high profile, multidisciplinary research projects, with national and international partners.

Learn more about the work of our Human Genomics Group .

Further information about these Fellowships

The Victorian Health and Medical Research Fellowships are an initiative of the Victorian Government’s Healthier Lives, Stronger Economy: Victoria’s Health and Medical Research Strategy 2016─2020. In 2017 they have targeted mid-career (at least five years but no more than 12 years post-doctoral at the closing date for applications) health and medical researchers undertaking high quality transdisciplinary research that can demonstrate clear evidence of translational research leading to a clinical or commercial outcome in the areas of bioinformatics, genomics and/or health services research. Fellowships are paid to the University to support a full-time salary plus research costs, which may include costs to employ a research assistant. Administered through BioMedVic, a panel of independent experts was convened to put forward a short list from over 100  candidates to the Victorian Government’s Science, Medical Research and Technology Panel for further deliberation and a final decision.