Melbourne Bioinformatics evolved in 2017 from the Victorian Life Sciences Computation Initiative (VLSCI), which was established in 2008 by funding from the Victorian Government and contributing institutions and hosted by the University of Melbourne. Over the last fifteen years, VLSCI and Melbourne Bioinformatics infrastructure and researchers have played key roles in enabling research in infectious disease genomics, cancer genomics, protein structure prediction, drug resistance, Covid-19, cancer detection, and many other areas.

The rapid development of scientific instrumentation and techniques needed to expand the frontiers of biomedical research presents major computing challenges. Foresight therefore demands the provision of state-of-the-art computational infrastructure supported by pioneering experts to enable technological advancements to flow through to research outcomes. Recognising this, the Victorian Government demonstrated long-term commitment to providing the world-class infrastructure needed to establish Victoria as a leading biotechnology hub. 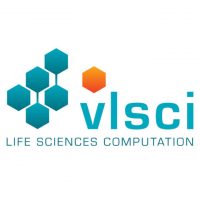 In 2008, the Victorian Premier announced the $100 million VLSCI, including $50 million in State funding for peak computing infrastructure. By 2010 the Victorian Government in partnership with the University of Melbourne and the IBM Life Sciences Research Collaboratory, Melbourne, had established VLSCI within the Parkville biomedical precinct in order to provide advanced compute ability, capacity building, and skills development in computational biology, bioinformatics, and computational imaging for all Victorian life sciences researchers and their collaborators. Along with the Australian Synchrotron, the Victorian Comprehensive Cancer Centre, the AgriBio Centre, Bio21, the Australian Regenerative Medicine Institute, and the Melbourne Centre for Nanofabrication, VLSCI provided key infrastructure needed to drive scientific and medical innovation.

VLSCI built up a team of experts and infrastructure to better equip Victoria’s existing biomedical, agricultural and biotechnology industries for the fast-growing era of life sciences computing, while the knowledge generated led to improved medical, environmental, agricultural and health outcomes for the broader Victorian community. The commissioning in June 2012 of Avoca, an IBM Blue Gene/Q supercomputer initially ranked 31st fastest globally, provided the basis for a world-leading facility dedicated to life sciences research, where researchers were able to access high-end compute resources and, more importantly, a range of computing and bioinformatics experts to assist them, from research design through to data management.

The Victorian State Government maintained its support throughout 2015 and 2016 as planning for the transition to Melbourne Bioinformatics developed. As host institution, the University of Melbourne continued to administer and govern this activity to ensure its success. 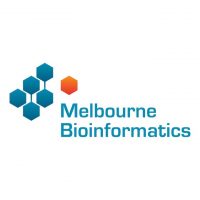 Early in 2017, VLSCI merged with the Melbourne Bioinformatics Platform, originally a project administered through VLSCI, to form Melbourne Bioinformatics. This became the primary connection point for life science researchers from the University of Melbourne and the Parkville precinct who needed bioinformatics compute, training, advice on data management, research design, support for grant documentation and general research consultation. In addition, our experts convened, programmed and delivered the Master of Science (Bioinformatics) course, engaged in collaborative research and co-supervised PhD students.

Melbourne Bioinformatics finalised its transition to a people-based University platform in 2018 as the IBM Blue Gene/Q high-performance computing systems were managed through scheduled end-of-life shutdowns. However, it drew on its compute experience by contributing to the successful LIEF grant funding for the University, in partnership with La Trobe, Deakin and RMIT Universities, to replace the Blue Gene/Q capacity with a GPGPU cluster of almost equivalent capacity. It also took part in the University’s Petascale Campus Initiative through hosting the PCI team, contributing communications expertise and joining expert groups. In 2019, Melbourne Bioinformatics became host for the Australian BioCommons, a major research infrastructure project funded by NCRIS through Bioplatforms Australia.

Despite the challenges presented by the Covid-19 pandemic, most of our work progressed strongly in 2020 and 2021. Melbourne Bioinformatics continued to mature as an organisation of high-quality, research-active bioinformaticians who are also driven to create a community of practice and infrastructure to support local researchers. The major challenge to our staff as the pandemic began was pivoting to online delivery for both formal and informal educational offerings. All in-house workshops and course materials were converted and we continued to develop new materials. All our staff worked tirelessly together over a very short timeline to deliver teaching online to a standard that also produced positive evaluations. This included increased student satisfaction for subjects taught by our team in the Master of Science (Bioinformatics), which also saw enrolments grow.

Throughout the pandemic, we continued to work with colleagues across the Parkville precinct, nationally and internationally, to facilitate, host and teach online workshops and webinars, convening and teaching in the MSc, overseeing student research placements across the precinct, and developing and curating online self-directed learning modules. 2021 also saw the successful launch of the Bioinformaticians’ Shed, a community of bioinformaticians across the Parkville precinct allowing the sharing of tips and tricks in an informal setting.

In addition, we maintained our support for national and international bioinformatics infrastructure projects, life science data sharing and tool development efforts. We also continued to provide leadership for a suite of national infrastructure (NCRIS) programmes co-supported with Bioplatforms Australia and Australian BioCommons, including: Galaxy Australia, a simple website interface for performing complex workflows, a flagship platform which has matured into a long-term research service used by thousands of researchers across Australia; Janis, part of the Portable Pipelines Project, which aids the sharing and deployment of bioinformatic workflows across computational architectures; and, through Australian BioCommons, the Human Genomics Informatics Initiative to support data housing, annotation, sharing and collaboration according to FAIR principles.

As pandemic restrictions eased at the end of 2021, Melbourne Bioinformatics moved into our new home at 21 Bedford Street, North Melbourne, and looked forward to a return to the office as well face-to-face training.