Melbourne Bioinformatics evolved in 2017 out of a seven-year project, the Victorian Life Sciences Computation Initiative (VLSCI) which was funded by the Victorian Government (2009-2016) and member institutions and hosted by the University of Melbourne. This expert team enables life science computing, particularly in Melbourne’s biomedical and biosciences precinct. The Australian BioCommons is also hosted at Melbourne Bioinformatics through a funding agreement between the University of Melbourne and Bioplatforms Australia. Together we are working to build Australia’s capacity in bioinformatics, with nodes of activity across all the major Australian states. 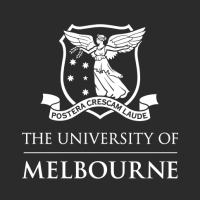 We sponsor student and early career researcher events and training in bioinformatics through COMBINE and career and skills development of practising bioinformaticians through their professional body, ABACBS

‘Bioinformatics is the application of information technologies and sciences to the organisation, management, mining and use of life-science information.’ (Australian Government Department of Industry, Tourism and Resources 2002)

[The definition should] be broad enough to cater for future trends and applications of bioinformatics. Currently, as some stakeholders have observed, bioinformatics definitions reflect the primacy of genomics and proteomics and often exclude biodiversity and health informatics.

Many international comparisons do not consider macrobioinformatics. However, bioinformatics has shown some capacity to go beyond the sum of biology and IT and include physical sciences (mathematics, physics and chemistry) and medicine, with powerful implications for not only biodiversity, but also drug design and personalised medicine.